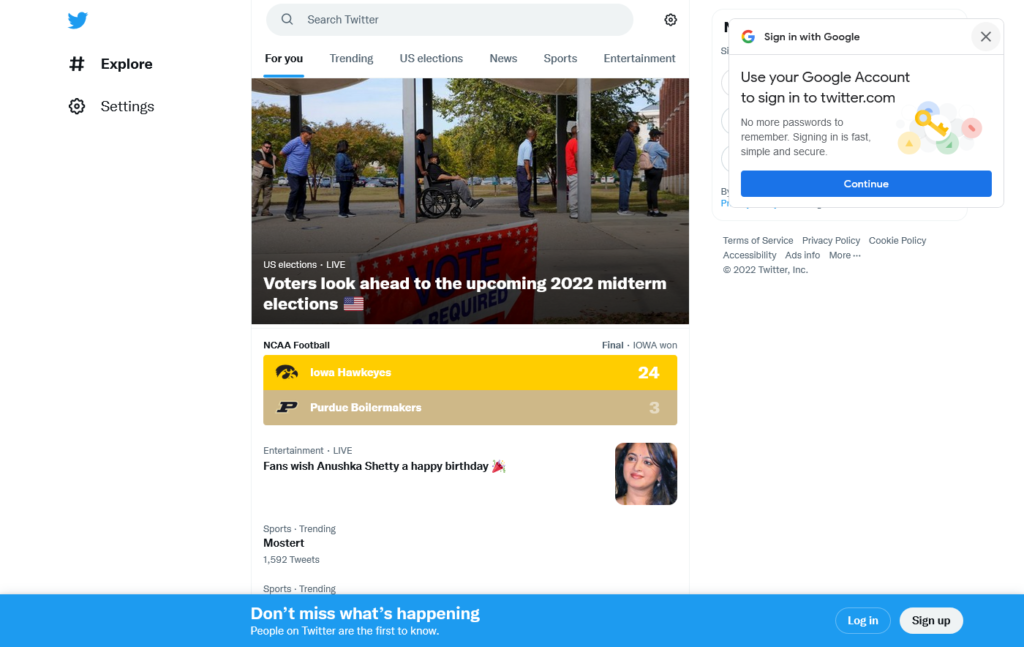 An inherent contradiction of platform identity certification lies in the fact that its authority value and commercial value are inseparable; the monopoly of judgment is the source of the value of the certification mark. Commoditizing it will only further blur the meaning of authentication identity, undermine the neutrality of authentication behavior, and thus increase the platform’s responsibility for disputes related to authentication conclusions. The balance between the two still needs to be tried and agreed upon through repeated experiments and even controversial disputes.
Musk’s acquisition of Twitter did not stop there, and to describe his workload as “three fires for a new official” is tantamount to belittling him for sleeping through the week.

Among the many eye-catching initiatives, the one that has particularly sparked controversy is the adjustment regarding account authentication. According to inside sources, Musk requested that Twitter Blue, a subscription service that currently costs $4.99 a month, be increased to $19.99, and as a prerequisite for receiving the Twitter authentication logo (the famous “blue check mark”). Employees involved in the project were allegedly asked to go live with the feature by Nov. 7 or be fired.

The reason this initiative is getting attention, aside from the rather exaggerated-sounding price tag, is that it will directly affect the characterization of the authentication feature. At least until now, Twitter authentication has nominally been a function that promotes “trust and safety” by stating that “this is that person’s (or organization’s) account,” and nothing more. To cash in on such a public service function is not without its own set of eyes. It is also known that major social media platforms in China have long started to render and explore the commercial value of certified identities, and charge hundreds of yuan for “annual audits”. Therefore, this remote echo of theft has also received widespread attention in the country.

To understand the pros and cons of this change, it is necessary to review some of the history of the Twitter authentication function. Indeed, Twitter itself has gone through a number of swings regarding the scope and mechanics of the authentication feature.

In 2016, Twitter opened up applications for certification badges, providing that accounts in “major areas of interest” such as literature, sports, politics, media, and business could apply for certification on their own, with a relatively vague process and material requirements. But after just a few months, Twitter closed the application channel due to its inability to handle the large number of certification requests and switched back to an invitation-based certification model.

In 2021, Twitter reopened the certification application channel, and in addition to listing the certification areas, further proposed three criteria for determining “authenticity,” “following,” and “activity” (which are also widely adopted by other foreign platforms such as Facebook, YouTube, and Snapchat).

Although for prudent purposes, almost all platforms that provide certification services express the disclaimer “certification does not mean endorsement” in different ways, such a statement is in fact hardly valid, whether in terms of the mechanism of platform review and certification, or the way the community interprets certification.

On the one hand, the certification audit cannot be completely objective and mechanical. By granting the certification mark according to the audit rules, the platform at least indicates that it considers the materials provided by the applicant sufficient to prove its true identity according to its own judgment. In this process, the platform necessarily needs to use its own authority and credibility to support the decision it makes. The widely used “following” criterion in the review criteria was actually borrowed from Wikipedia and was originally used to determine whether a topic was worthy of a separate entry. However, the history of revisions and discussions around this criterion has accumulated millions of words in the wiki community, and its subjectivity and complexity is evident.

Not only that, but many platforms, including Twitter, make it a prerequisite for authentication that they do not violate their own community rules, and use de-authentication as a penalty for breaking the rules. In practice, they are also often cautious about certifying controversial figures (e.g., Twitter never passed on Julian Assange’s application for certification). These policies have varying degrees of legal and commercial justification, but they all clearly go beyond mere ‘authenticity checks’ on account identities and reflect the platforms’ subjective assessments of the subjects behind the accounts.

In reality, Twitter’s certified blue hooks have formed a ‘class’ that has become a symbol of some sort of credibility. the Twitter bitcoin scam in July 2020 was a vivid reflection of this phenomenon. At that time, due to a large number of certified accounts (yes, including Boss Ma) being controlled by hackers and posting information about cryptocurrency scams, Twitter had to temporarily ban the tweeting function of certified accounts across the site, causing many grassroots accounts to mock and ‘celebrate’.

For example, in the United States, platforms are generally not liable for infringing content posted by users under the well-known Section 230 of the Communications Regulatory Act, nor are they liable for good faith acts of content censorship. Even for IPR infringements that are not protected under Section 230, the “safe harbor” doctrine can be used to obtain protection as long as the infringer responds in a timely manner when the infringer complains. In China, platforms can also be exempted from liability for infringement committed by internet users using online services through a similar “notice and removal” approach.

However, the premise of obtaining these protections is that the platform does not and should not know about the infringement of the user, and does not facilitate and help with the infringement. Therefore, if the platform treats the certified identity as a commodity to be sold, once the impostor certification is passed or the certified account publishes inappropriate content and other incidents, the platform has a greater risk of being considered irresponsible, or at least has to spend higher costs to prove its “innocence”.

Is there any way to “have the best of both worlds” and make money safely? One possible path is to strictly distinguish between identity authentication and value-added services, and to divorce the “authenticity” and “dress-up” functions of identity identification from each other.

On the one hand, for the purpose of authenticity, try to improve the objectivity and accuracy of identity authentication by accessing public databases (such as those provided by the government for identity and trademark), improving process transparency, and combining automatic identification with manual review.

On the other hand, for the identity of the dress-up function, in-game dress-up in recent years, fully commercialized, marketed and sold together with marketing interaction and other value-added features.

This is, of course, a highly idealized state. As mentioned above, one of the inherent contradictions of identity authentication is that its authority value and commercial value are inseparable; the monopoly of judgment is the source of value of the authentication mark. If the authority (or even arbitrariness) of the platform is completely stripped away, “Blue V” will probably not sell either. The balance between the two still needs to be tested and consensus reached through repeated experiments and even controversial disputes.